How Much Is A Cord Of Wood 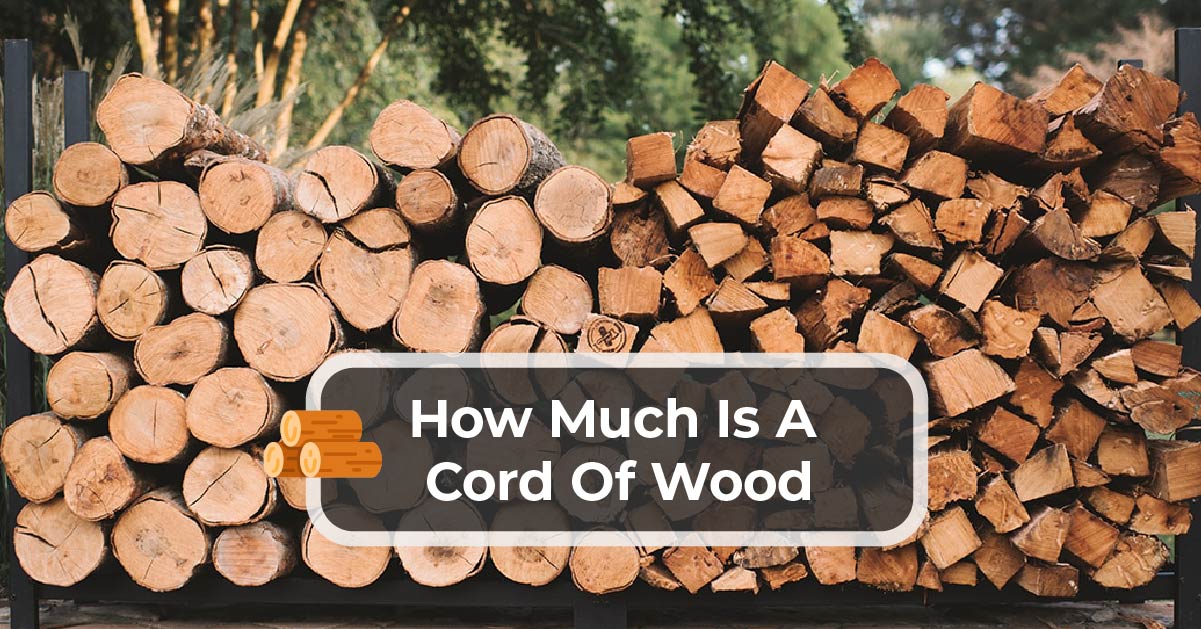 A cord of wood is 128 cubic feet. The price per cord varies depending on the type of wood but generally ranges from $150 to $250. That is the basic information you need to know.

However, there's more: do you know how much firewood you need for the next winter? How do you measure it correctly? What type of wood is considered best for burning?

In this article, we'll discuss all the questions related to storing and buying firewood. Keep reading to find out more.

The price per cord of wood

As we mentioned, the price varies depending on the type of wood and delivery costs. The place where you buy it also makes a difference. For example, if you buy firewood in Seattle, it may cost $300-$500 for a cord of wood, while in other states or regions such as West Virginia the same amount may cost only $200.

There are several types of firewood: hardwoods and softwoods, seasoned or unseasoned – so let's learn more about them. Hardwoods are usually preferable to softwoods by far because they burn longer due to their higher density but also have better heating efficiencies so the volume burned is lower per BTU rating released.

However, choosing one type over another depends on your needs since all types have advantages and disadvantages. Softwoods usually go for $150-$300 while the hardwood price ranges from $200 to over $400 per cord. The best types of wood for heating are:

Apple, maple, birch, elm, oak species (red and white) and beech. The least preferable species include fruit trees such as cherry and peach, linden, or basswood due to low density and high moisture content. Even though they smell great when burning, you get more smoke than heat so it's not worth your money.

An important thing about the tree species: make sure it's not treated with chemicals because some of them can be hazardous (this includes pressure-treated wood) and also some woods such as yew release toxic substances while burning. Also, make sure your firewood supplier knows the origin of the wood he provides to avoid introducing invasive species into your local ecosystem (such as Emerald Ash Borer).

This is one of the most frequently asked questions about firewood. The answer is simple: seasoned wood has less moisture content while unseasoned contains more liquid. Before you make a purchase, check out the moisture content of your firewood to ensure it's not higher than 20% which will only create problems once you store it and try burning. If the liquid in hardwood reaches up to 30%, it may start growing mold or even start rotting so buy seasoned wood for your fireplace.

How much firewood do I need?

It all depends on whether you have a fireplace or a wood stove, how often you use it and what type of heating system you have. If it's green and contains more liquid – get ready for some heavy lifting because you will have to cut it yourself before transporting and storing it at home.

How much firewood one should buy also depends on household needs. Note that seasoned softwood contains about 20% less BTUs compared to hardwood so if you're using a wood stove, go for dry hardwood instead of softwood which will heat your place faster but not as long. When deciding on how much firewood to purchase – keep in mind whether you need it only for decoration or for actual warmth.

How to stack firewood?

There are several ways of stacking wood but here's what experts recommend:

Bottom line: it is crucial to properly store your firewood. Otherwise, insects or rot will render it useless. The most common types of wood pests are termites, carpenter ants, and beetles which love moist wood with high sap content so be careful when stacking it outside.

What about delivery for a cord of wood?

If you're not set up for bringing in your firewood, ask whether the dealer provides delivery service. It's an extra expense, but well worth it if the dealer will haul the wood to a convenient spot on your property. You need to know this before signing a contract or handing over any money because most dealers require payment in full before they'll deliver a load of wood.

What type of wood is best for burning?

That depends on your preferences and on what's available in your area. The heat value of various woods varies, but the overall quality also matters. Hardwoods like oak or maple generally burn hotter than softwoods like pine or fir, largely because they contain more energy in their leaves (cellulose) than in their bark (lignin).

But experts disagree about how much the differences matter. Some say one type of wood is not measurably better than any other when burned under “normal” conditions in a fireplace. Others claim hardwood is superior to softwood, primarily because it burns more slowly and emits less smoke that irritates eyes and lungs.

How about green vs dry firewood?

When firewood is freshly cut, up to half the weight of water remains in the cells. As it dries, the water evaporates and escapes from openings in the bark. Wood in a damp condition has a higher moisture content (usually expressed as a percent) than seasoned wood. Freshly cut or green wood can have a moisture content of 50% or more, while seasoned wood contains 20% to 25%. In general, fresh-cut logs obviously weigh more—and thus deliver less heat—than do dry ones. But not all experts agree that wet wood produces measurably less heat than dry wood. Some say that these differences don't matter once both kinds of fuel have dried and released most of their water and that the moisture content of the wood doesn't affect its burn rate.

Can I burn seasoned wood in a fireplace?

Yes, but it may not work out too well. If you find firewood already cut to fit your fireplace or wood-burning stove, the logs will most likely be seasoned—the common term for dried to 20% to 25% moisture content. But if they come from outside, don't assume they're dry enough to light up without difficulty.

Most firewood contains 20% to 25% water on average when it's “seasoned,” or dried enough for use without special precautions. For newly cut unseasoned (green) wood, read the label on the supplier's truck or ask the dealer how long it's been sitting before you buy. Or simply request seasoned wood, since most dealers try to keep a stock that's ready-to-burn at all times.

What about hardwood vs softwood?

Hardwood usually contains more energy in its leaves (cellulose) than in its bark (lignin), but experts disagree about this difference and whether it matters. Some say one type of wood is not measurably better than any other when burned under “normal” conditions in a fireplace; others claim hardwood is superior because it burns more slowly and emits less smoke that irritates eyes and lungs.

When should I burn my firewood?

If you don't need the heat, firewood is a beautiful sight—and it's fun to split and stack a cord of wood just for the exercise. But don't wait until next winter to burn your supply because freshly cut logs can contain as much as 50% water.

In general, seasoned firewood contains 20% to 25% water when “seasoned,” or dried enough for use without special precautions. For newly cut unseasoned (green) wood, read the label on the supplier's truck or ask the dealer how long it's been sitting before you buy. Or simply request seasoned wood, since most dealers try to keep a stock that's ready-to-burn at all times.

What else can I use firewood for?

If you have a DIY sauna built in your home, using firewood will give you a more authentic experience. You can even have an outdoor fire pit in your backyard or out on the patio to get that great campfire kind of feel. Once you've got it, you'll be able to enjoy it year-round.

Considering firewood and the question of whether a hot tub is worth buying is one that a lot of people ponder.

It might seem like a great idea, but you have to ask yourself the question, “Am I going to use this thing often enough?” Because if not, it's probably going to end up being a very expensive clothes rack for bathing suits and towels.

Final thoughts on How much is a cord of wood

If stored properly, a cord of seasoned hardwood will last for several seasons. The longer the wood has been allowed to dry, however, the better it will perform when burned. If you are considering purchasing a cord of wood from an individual seller, make sure to inspect the wood carefully. If you're buying a cord of wood from a retail dealer, always ask whether it is seasoned and how long has it been stored.

Finally, if you are interested in wood-related projects, consider checking out this article on how to attach wood to concrete without drilling. 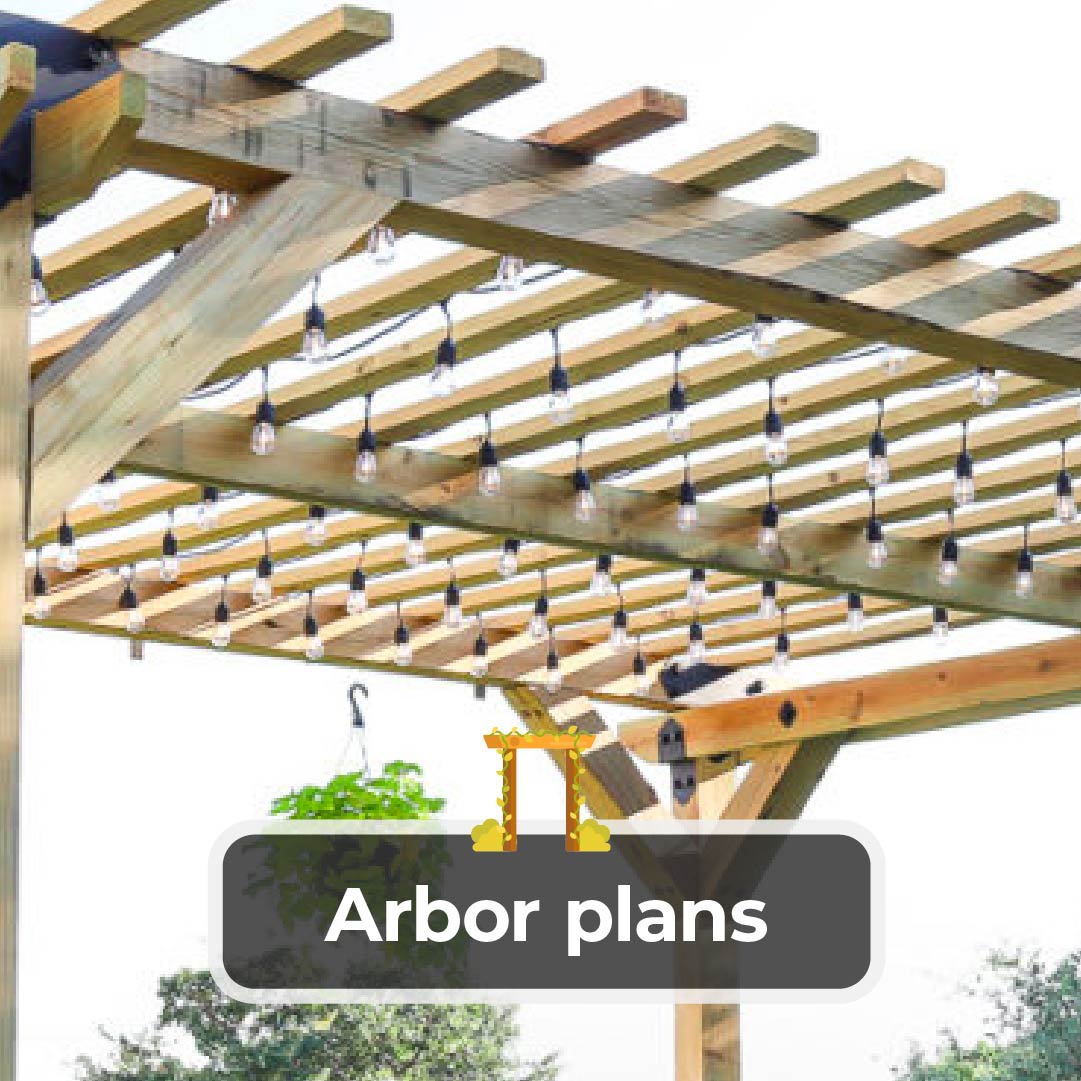 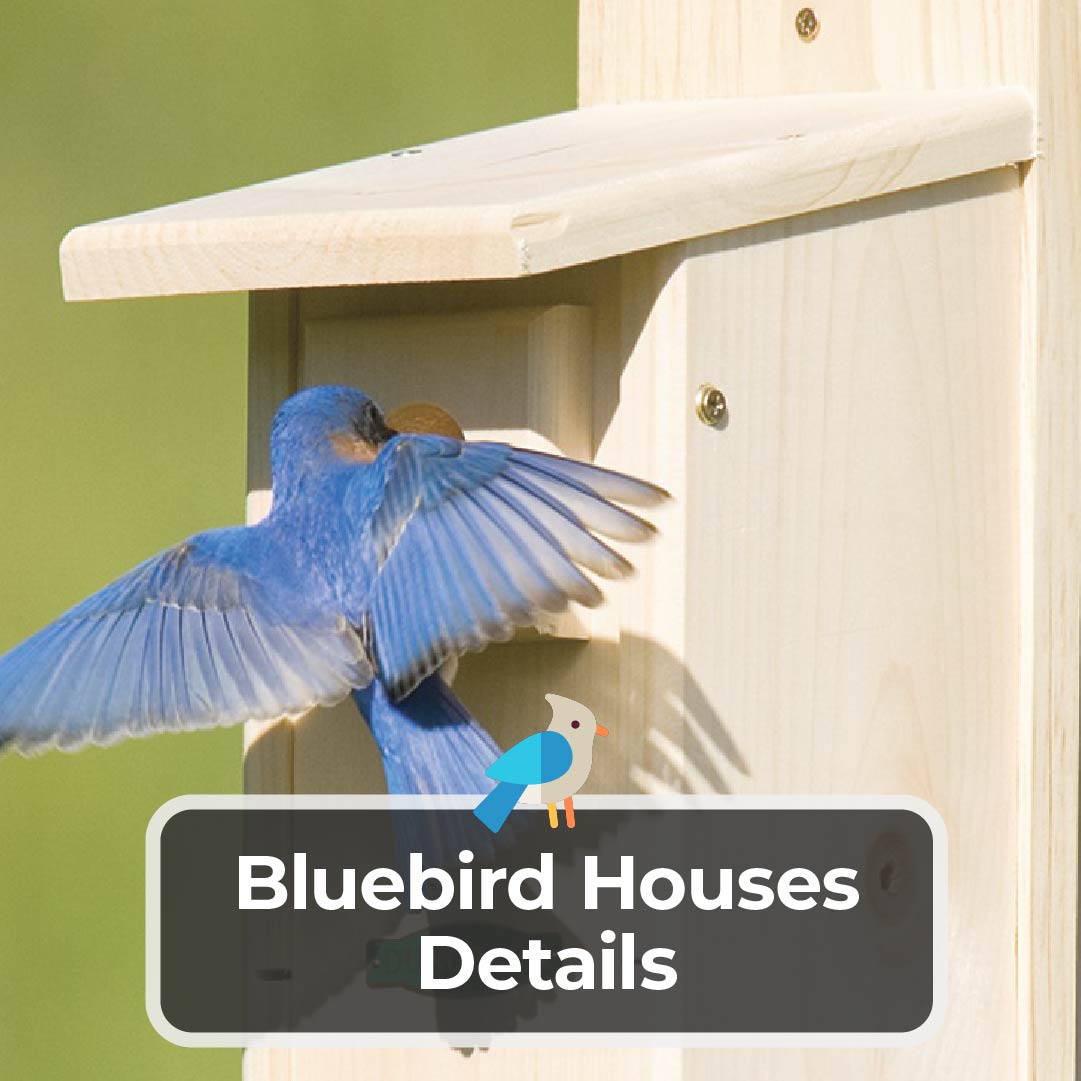 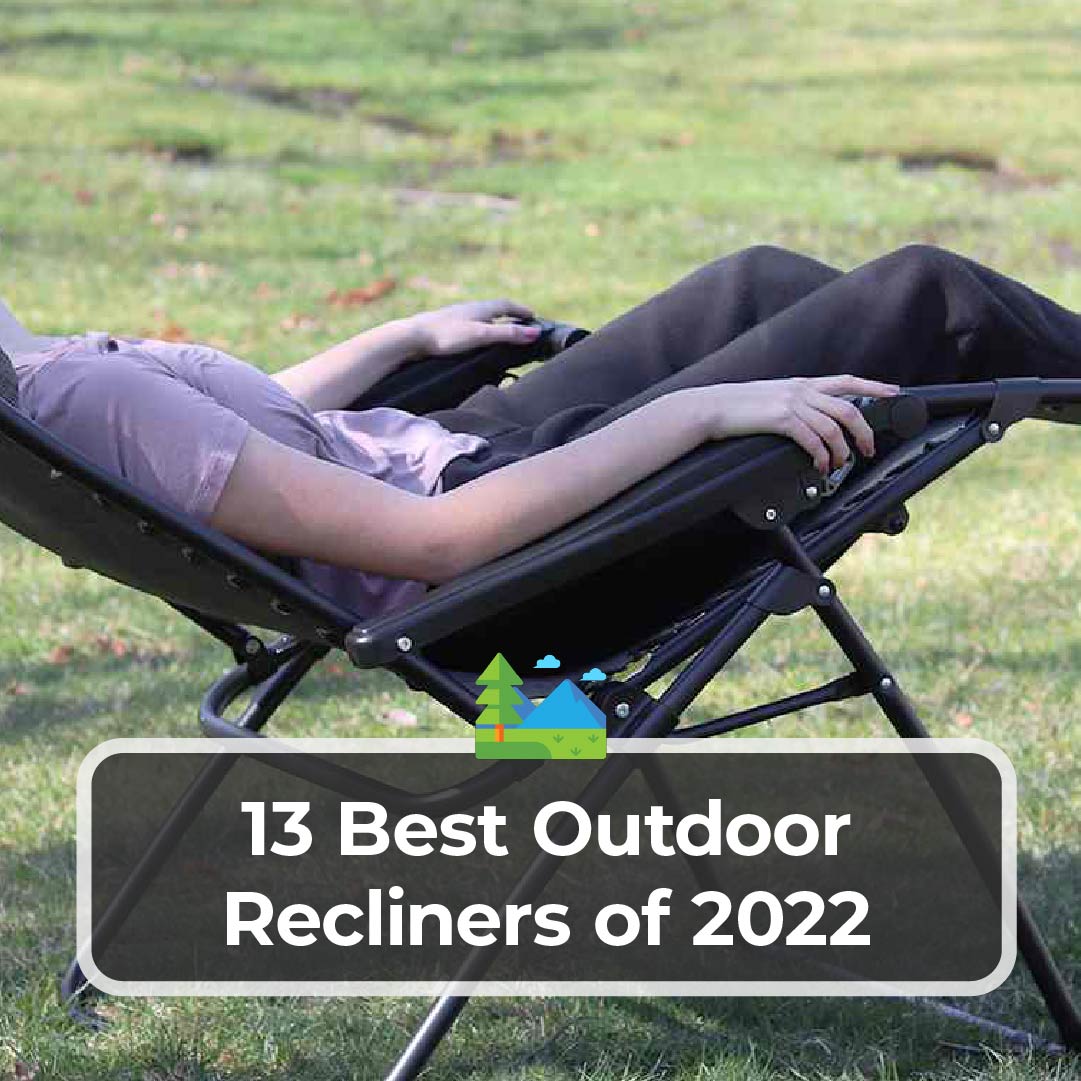 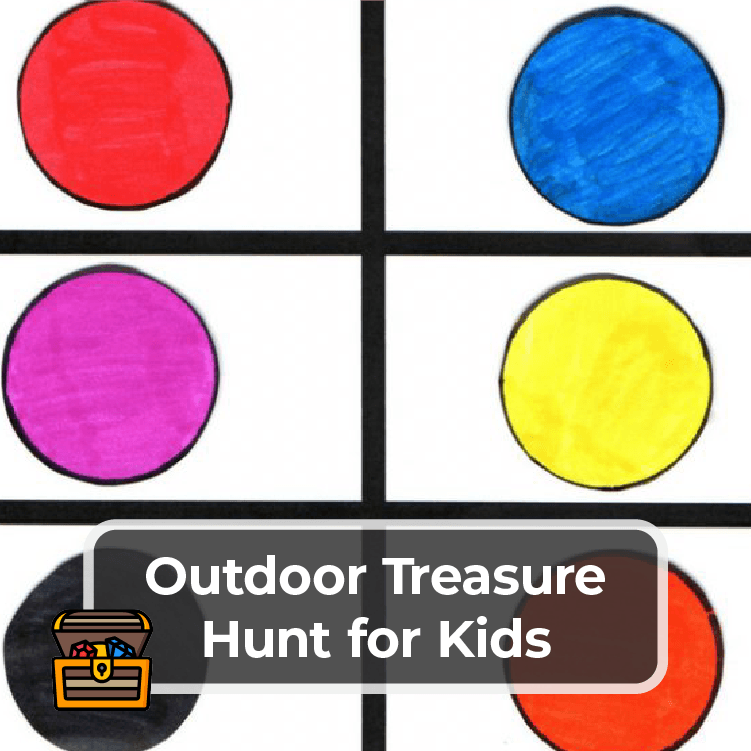 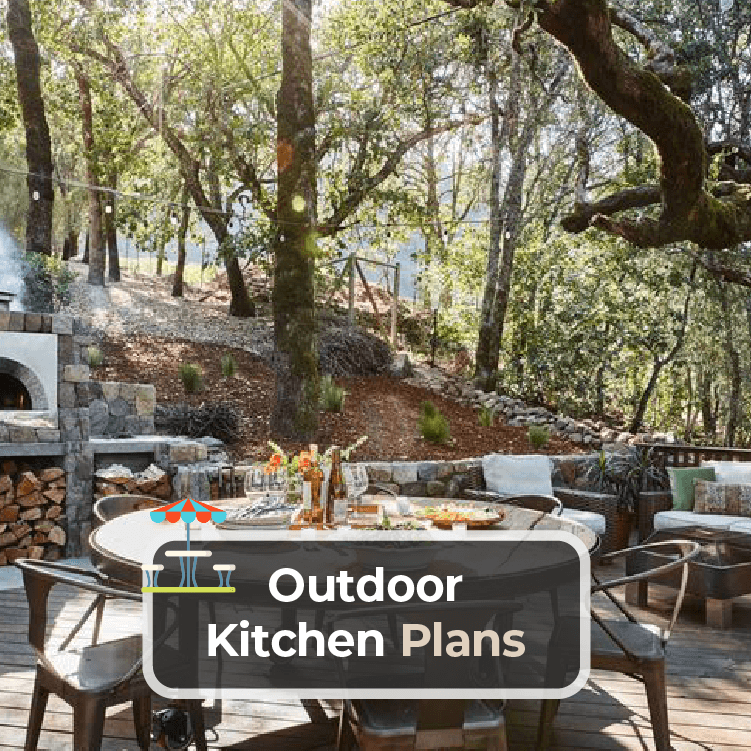 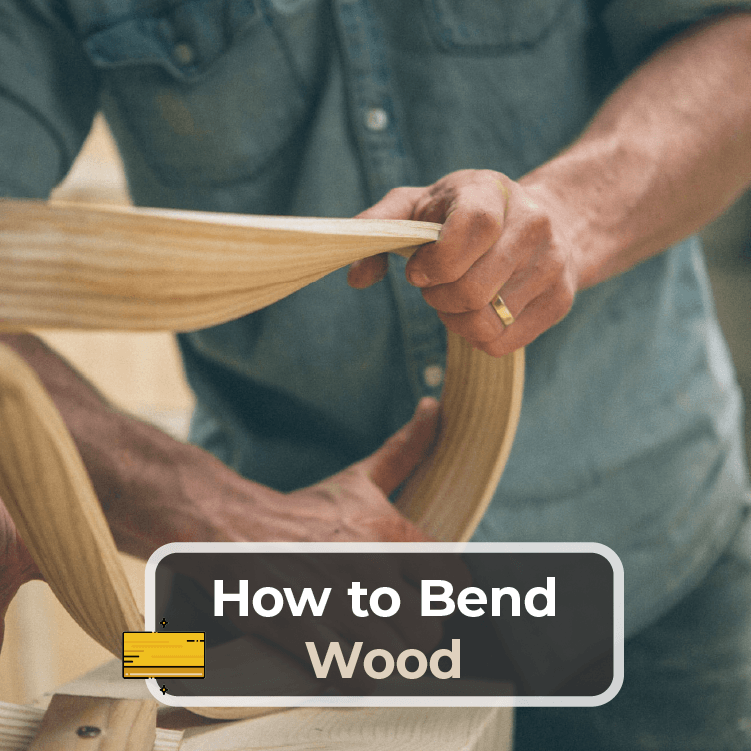 How to Bend Wood

How to Bend Wood