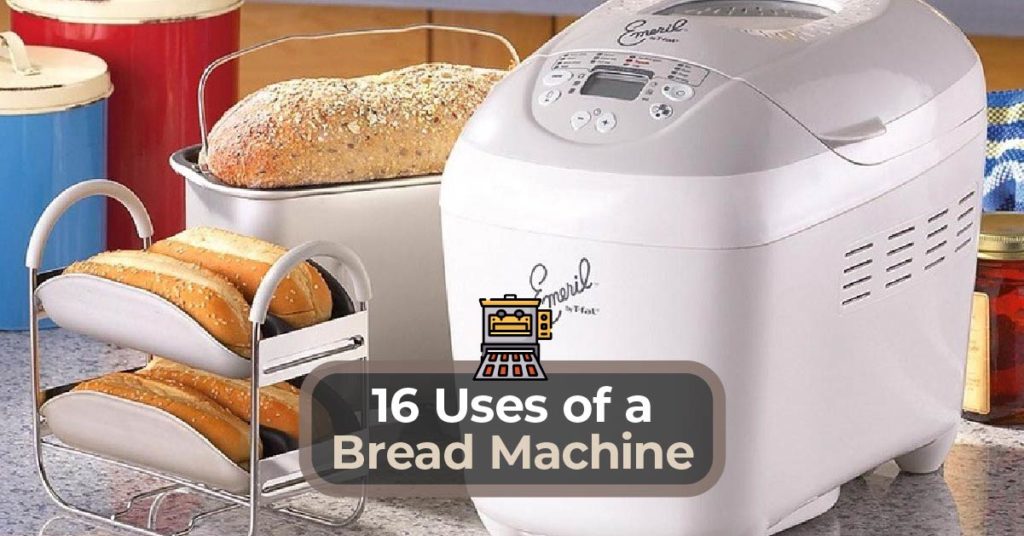 What you can make in a bread machine depends on what model you decide to invest in but in general, this kitchen appliance simplifies the bread-making process by kneading, rising, and then baking bread for you. Due to its mixing paddle, various temperatures (68°F or 20°C to 350°F or 175°C), and settings, bread maker uses include:

A bread machine is similar to a compact oven with heating elements inside the appliance in order to bake bread. The kneading process is done with the electric motor that is connected to a paddle that moves the bread around. You measure the ingredients that you will be using and place them in the tin. Then, you’ll choose the setting based on the type of bread you are preparing and securely shut the lid closed. The paddle will then mix, knead, rise, proof, and bake the bread for you.

Using the bread maker has been found to be healthier because you know exactly what ingredients go into the food that you are making. By making your own bread, you can save about $0.22 to $1.19 for every loaf you bake compared to buying white bread at the grocery. This appliance is energy efficient by using 500 watts to 1500 watts of energy depending on the type of bread machine you have, what you’re baking, and how long it is being used.

There are bread machines that have programs specifically for yogurt. In general, you will need to add 500ml of milk and 3 tablespoons of live yogurt (starter) into the tin then choose the yogurt program. This will take five or six hours.

You can still make yogurt in the bread machine without a yogurt program. Heat milk from 112°F to 115°F to create a hospitable environment for the good bacteria in the starter. After adding 3 tablespoons of live yogurt and mixing it in, you can use the jam program on your bread machine or leave the yogurt to ferment at 105°F (45.5°C) for 7 to 9 hours.

The second use of a bread machine is to make cheesecake. After adding all of the ingredients into the tin, you can use the Cake programme to bake the cheesecake. You can opt to take out the mixing paddle or blade so that you have a smooth cheesecake after baking. Instead of traditional cheesecake with the crust at the bottom, you will be spooning the graham cracker crust on top of the cake after 1 hour of baking then close up the bread machine to finish baking your cheesecake.

Another use for a bread machine is to make cobbler. For breakfast, dessert or afternoon tea, you can bake peach cobbler in the bread machine as long as you use a program without a rising cycle. Peach cobbler uses baking soda and baking powder instead of yeast which makes the consistency like batter and will not rise. After adding the ingredients to the tin, you have to remove the kneading paddle to keep the peaches intact then choose a setting like the Cake program, which does not have a rising cycle.

A breadmaker can be used to cook pasta. Cut down your pasta-making time by 10 minutes when you use a bread machine instead. After measuring out your ingredients, add the liquids first so that the dough will mix better. Choose the Dough program or use the Pasta Dough one if it's available. Instead of spending your time kneading the pasta dough, you can just spend 20 minutes waiting for the bread machine mixing and kneading it so that’s it’s ready to be cooked.

Make a big batch of scrambled eggs for breakfast in your bread machine. After whisking your eggs with the seasoning of your choice, grease the tin of the bread machine. Pour the mixture into the tin and use the Jam program and set the timer to 15 minutes to make scrambled eggs.

Make Jam and Marmalade from Scratch

Make this dessert without having to buy a separate mochi maker. The bread machine can steam, kneed, and pound the ingredients in order to make this popular rice dessert.  Either use the Mochi program on your bread machine or use the Dough program to knead the mochi into its signature smooth and sticky consistency.

Making fresh noodles at home has never been easier and you don’t need to knead the dough by hand. The bread machine can knead all of the ingredients in 15 minutes with either the Pasta program or with the Dough cycle.

With the bread machine, you can make instant pudding or rice pudding. You can use the Jam program for warm pudding or the Dough program for boxed pudding meant to be served cold.

Rice may take longer to cook in a bread machine but it does the job when there’s no rice cooker available or you don’t want to burn rice in a pan on the stove. You just need to use the Bake program and the rice will cook in an hour.

The Jam program can also be used to make different sauces as a dip, pasta, or pizza. When you make the sauce in a bread machine using this setting, it will mix the ingredients vigorously because it is programmed to stir a much thicker mixture. Add tomato paste if you’d like to make the sauce thicker.

If you plan on using canned soup or want to make it from scratch, you can do so without constantly stirring the mixture yourself. Simply add the ingredients into the tin and use the Jam program. You can also choose to turn on the Keep Warm cycle to keep the soup warm for when you need to get another serving.

Use it as a Dip Maker

Instead of stirring dip on the stovetop where hot splashes can occur, you can use the Jam program to make the dip. Combine artichoke dip ingredients into the tin, making sure that the paddles are in place, and select the Jam program.

Stovetop risotto requires continuous stirring that can be avoided when you use the bread machine. Add the rice, broth, wine, and seasoning into the tin and stir it before using the Jam program to heat and stir the risotto. 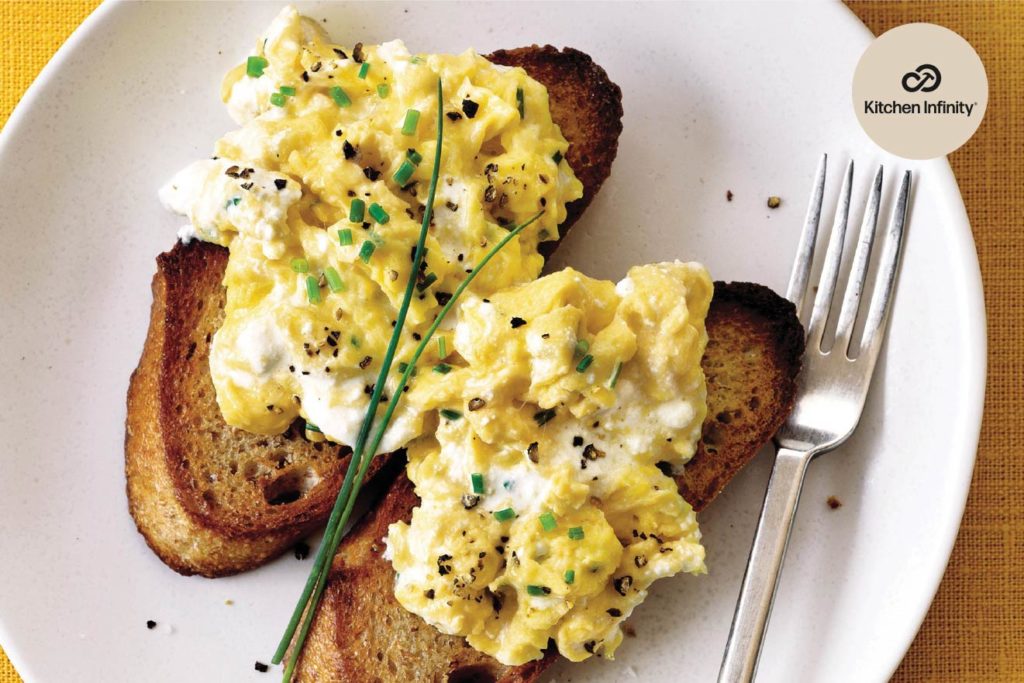 What are the common mistakes for the usage of a bread machine?

The most common mistakes for the usage of a bread machine include the following::

For both bread and other recipes in a bread maker, there are still mistakes that people make when it comes to how to use a bread machine. Keep these mistakes in mind when baking bread or using the bread machine for other food that was previously mentioned to avoid them.

What is the history of usage of bread machines?

The history of usage for a bread machine can be traced back to more than 200 years ago. The predecessor to the first automatic bread-making machine was invented in 1800. Joseph Lee invented a bread the handling machine that would crumble day-old or older bread because he believed that this was better for coatings compared to cracker crumbs. The first machine to handle bread would tear, crumble, then grind the bread into crumbs which were used by hotels and catering establishments across America in 1900.

As a hotel, restaurant owner, and caterer, Lee was disturbed at how much-unsold bread was discarded. Before his bread crumbler was invented day-old bread would be thrown out but the bread handling machine enabled chefs to use the bread in other recipes instead.

So, what is a bread machine today? In 1902, Lee patented an improved bread machine that could mix and knead dough where bakers saved time and made bread more hygienically. In the 1950s, most bakeries had a bread machine followed by homeowners in 1986. This is what today’s bread machines have built on.

Does the use cases of a bread machine change based on type?

Yes, the use cases of this appliance depend on the type of bread machine you have. Typically, bread makers have tins that will create a specific loaf size, but there are also bread machines that allow loaf size adjusting.

For the use cases above, the Jam setting is used for a number of recipes. Not all bread machines have this setting which can limit the meals that you can make with this appliance.

Which bread machine is best for making bread?

The best bread machine is the Zojirushi Home Bakery Virtuoso Plus features dual kneading paddles and heating elements to bake and brown loaves to perfection every time. This bread machine has 15 pre-programmed settings, 3 crust settings, and the option to customise recipes as well. This bread machine is great for the recipes above because it has whole wheat, jam, cake, gluten-free, and dough cycle in addition to the homemade program where you can choose the kneading, rising, and baking times for your recipes. 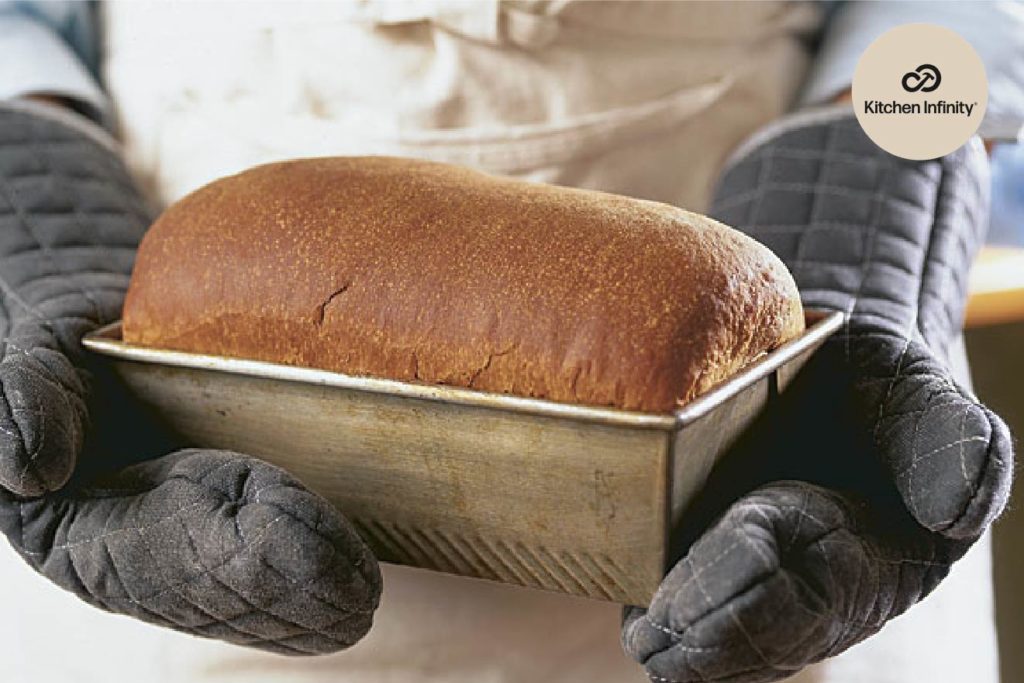 Does a stand mixer have more use cases than a bread machine?

What are the other kitchen tools with various use cases similar to a bread machine?

Other kitchen tools with various use cases similar to a bread machine include:

While these tools have similar case uses to a bread machine, you can read about 5 other uses of these 4 kitchen appliances here.