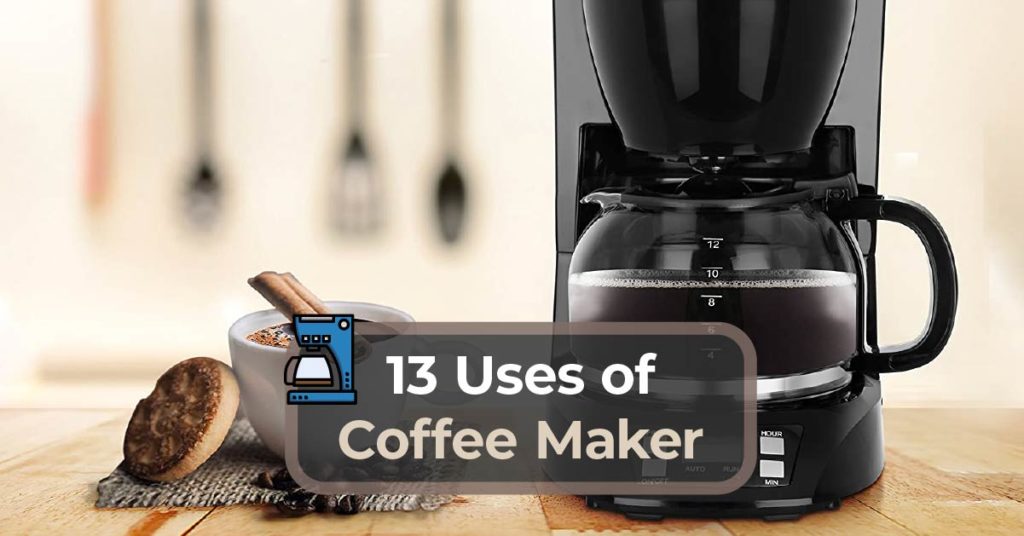 While a Coffee Maker is a kitchen appliance intended for brewing coffee, this product has several additional uses. Coffee makers range in price and functionality. Low option coffee makers can only brew coffee, and more advanced coffee machines have multiple functions such as setting up programming for timed brews or the ability to connect to a smartphone.

One of the advantages of using a coffee maker to heat water is that the machine will not boil the water. For drinks like tea, using boiling water is often discouraged as it can make tea taste too strong or bitter. The temperature of water that comes out of a coffee machine is ideal for making tea as it is usually around 200 degrees fahrenheit.

Another use of a coffee machine is making oatmeal. Because of their ability to operate on a timer, drip coffee makers are a great way to make oatmeal and have it ready for breakfast without having to do the work that morning. If you do not like having to wake up early to make your morning oatmeal then using a coffee maker can help you avoid the extra work in the morning by setting it up the night before.

To make oatmeal with a drip brew coffee maker you will need instant oatmeal, flavorings such as raisins or brown sugar, and water. You must use instant oatmeal when using a coffee maker because of the short length of time the water will be in contact with the oats. Place the oatmeal in the coffee pot with whatever flavorings you want the night before and add the appropriate amount of water for the oats you are making to the water reservoir.  Set the timer for when you would like to eat your oatmeal and enjoy them the next day. Make sure you do not oversleep or forget about the oatmeal as the hot plate that keeps the coffee warm will burn your oats.

Another use for a coffee maker is to make rice.  A coffee maker’s settings and program options are suited to making rice in the coffee pot.

A coffee maker will make good boiled eggs very easily. Making eggs in a coffee maker has several advantages. First, you can set up your eggs to cook on a timer allowing you to set the cook time to whenever you would like to eat. Second, when you are busy with other tasks, using a coffee maker is safer because you are not using an ope

Making boiled eggs in a coffee maker is the same as making them on a stove in terms of cooking time. First, add your eggs to the coffee pot. Next, add enough water to the reservoir to cover them completely in the pot. Hit brew and let the water cover the eggs. Once the eggs are covered with water, start your timer.

The cook time will range anywhere from 5-12 minutes. To stop the eggs from cooking, pour out the hot water and fill up the pot with cold water. This will prevent overcooking the eggs over your desired doneness and will also cool them down slightly for eating.

For another creative way to steam vegetables, read our article on the uses of a colander.

Use the coffee maker pot around the house when you need it. The coffee pot that comes with most coffee makers has a good spout for watering plants around the house. Coffee pots also hold a large volume of water which makes it easy to water several plants at once without having to go back and forth to the sink.

When watering plants with a coffee pot, the volume markings on the side can be a help when deciding how much to water a specific plant. Using a coffee pot can prevent you from over or underwatering your houseplants.

Coffee makers are a great tool for making instant noodles such as ramen. You must use instant noodles in this case as other types of noodles may not cook well given the lower temperature water in a coffee maker versus a pot on the stove.

To make ramen in a coffee maker, put the noodles in the coffee pot with any included seasoning. Add the correct amount of water for the type of noodles you are using to the reservoir and set the machine to brew. Let the noodles brew for the indicated amount of time and then pour them into a bowl to eat.

One of the biggest trends in coffee in the last few years is “bulletproof” coffee. Bulletproof coffee is coffee brewed and then mixed with a fat source such as butter or coconut oil.  Proponents say it is better than normal coffee due to the binding of caffeine with the fat sources which allows the stimulation and focus from coffee to last longer. The recipe has become very popular in recent years.

To make bulletproof coffee in a coffee maker, you must choose some type of fat to add to your coffee pot before you brew. The traditional coffee uses unsalted butter, however vegans or those who do not like the taste of butter in their coffee may find that coconut oil tastes better. Once you have added the fat to your coffee pot, let the coffee brew and allow the hot liquid to melt the fat.  Lastly, give the entire pot a good stir with a fork or spoon before you pour a cup.

To make whipped cream with a french press, add cold cream into the french press. Using heavy whipping cream that is cold is best when making whipped cream by hand otherwise the cream will not become fluffy. Next, move the press quickly up and down through the cream to add air to the whipping cream.  Continue this until the cream reaches your desired consistency but do not whip until the point that it is too thick or the fat will begin to turn viscous and your cream may begin to turn into butter.

A twelfth coffee maker use is making froth milk with a french press for coffee drinks such as a cappuccino or latte. Frothing milk in a french press is similar to making whipped cream. Use warm milk when frothing to achieve the correct density of frothed milk.

To make frothed milk with a french press, heat up your desired milk in a microwave or on the stove top. Do not let the milk boil during this process as it will make it harder to froth and will also affect the taste. Use the french press to froth the milk by moving the press up and down rapidly through the milk. Make sure you leave enough head space in the french press as the milk will increase in volume with all of the froth generated.

Making frothed milk in a french press will provide you with a similar result to using a steam frother. Snce no steam is added to the milk in the french press method the milk will be slightly thicker than if you were using a steam frother. The added thickness of the frothed milk will result in a different density that may make it slightly harder to use in certain types of drinks or for use in latte art.

The last use of a coffee maker is juicingJuice  berries in a french press for use in desserts or drinks. Because of the device’s ability to apply pressure through a strainer, the french press is a great tool for this purpose. The juice extracted from berries is great for making desserts or for use in juices and mixed cocktails.

To juice berries with a french press, it is very important to use very ripe fruit in order to make the process easy on you as well as the press. While it is possible to use a french press to juice berries, this is not its intended use and as such should not be used for unripe berries or other types of fruits that are harder to juice. Keep in mind that regular use of a french press for this purpose may affect the longevity of the press due to the additional wear placed on the components. 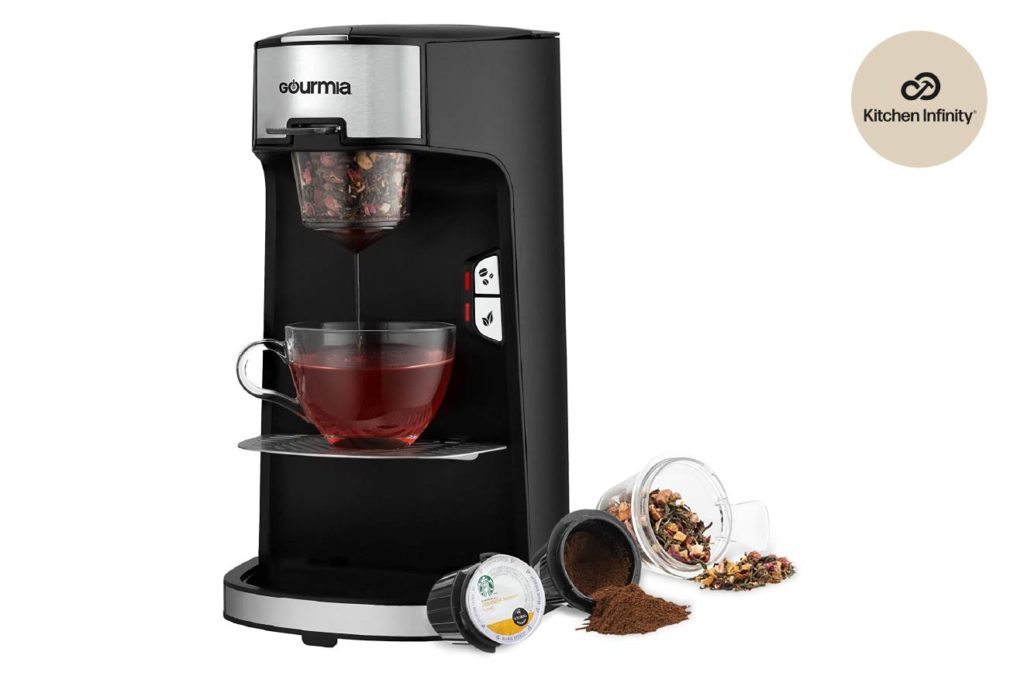 What are the common mistakes for usage of a coffee maker?

Common mistakes when using a coffee maker are not following the proper steps to make coffee. Another common mistake is forgetting to fill or refill the water reservoir before turning the machine on.

What is the history of usage of coffee makers?

The history of usage for coffee makers date back to the 15th century. The modern drip electric coffee maker was first developed in 1954 in Germany. The french press was invented in the 1920s and 1930s.

So what is a Coffee Maker now? Modern models have several more features such as times brews or alerts.

Do the use cases of a coffee maker change based on type?

Which coffee maker is best for brewing coffee?

Does a french press have more use cases than a coffee maker? 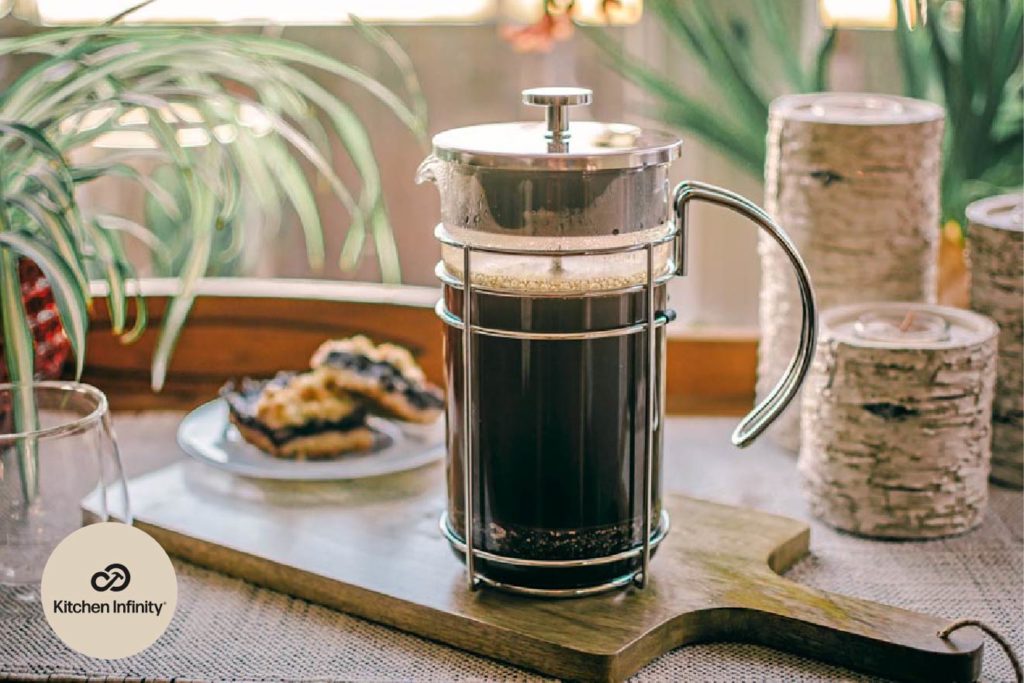 What are the other kitchen tools with various use cases similar to coffee maker?