What is a Toaster? Get To Know More About Toasters

Home » Kitchen » Tool » Appliance » What is a Toaster? 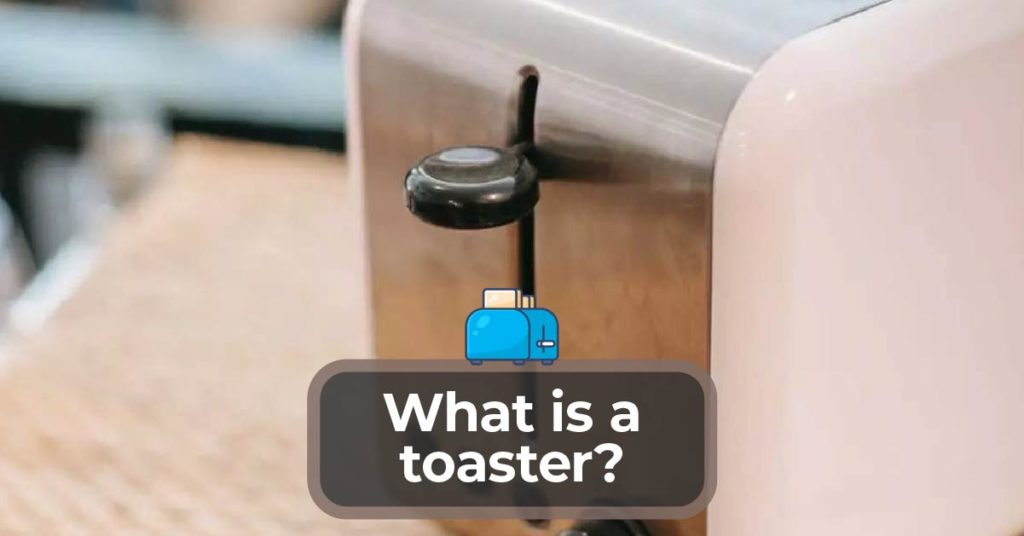 A toaster works by sending heat through the appliance, browning, and crisping bread or other ingredients. The toaster weight and toaster height affect the placement of the toaster, with smaller toasters commonly stored in the cupboard and larger toasters permanently staying on the counter.

The history of the toaster dates back to the late 1800s when Alan MacMasters created the first Eclipse Toaster in Scotland. This toaster was later reinvented and became a popular appliance.

What is the ideal material for a toaster?

People who are concerned about environmental health may want to choose a higher quality toaster with browning controls. There have been some concerns of toasters emitting harmful air pollutants, especially with burnt toast. Many modern-day toasters made with stainless steel materials have consistent heating controls to prevent burning.

What are the types of toasters?

The types of toasters are as follows:

What is the ideal size for a toaster?

What are the use cases of a toaster?

A use case of a toaster can be defined as a specific way in which you use the toaster to toast ingredients. A few use cases of toasters include:

Once you learn how to use a toaster, you’ll find many use cases. Toasters have many uses beyond that of making toast.

Can you use a toaster as a dehydrator?

Yes, you can use a toaster oven as a dehydrator. Place your toaster oven on the lowest setting and leave the door ajar. Regularly check the ingredients until they are done.

Can you use a toaster as a microwave?

You can use a toaster oven to replace many of the functions of a microwave. Toaster ovens also offer additional uses that a microwave isn’t capable of doing, including browning or crisping.

What are the best toaster brands?

The best toaster brands right now are the following: 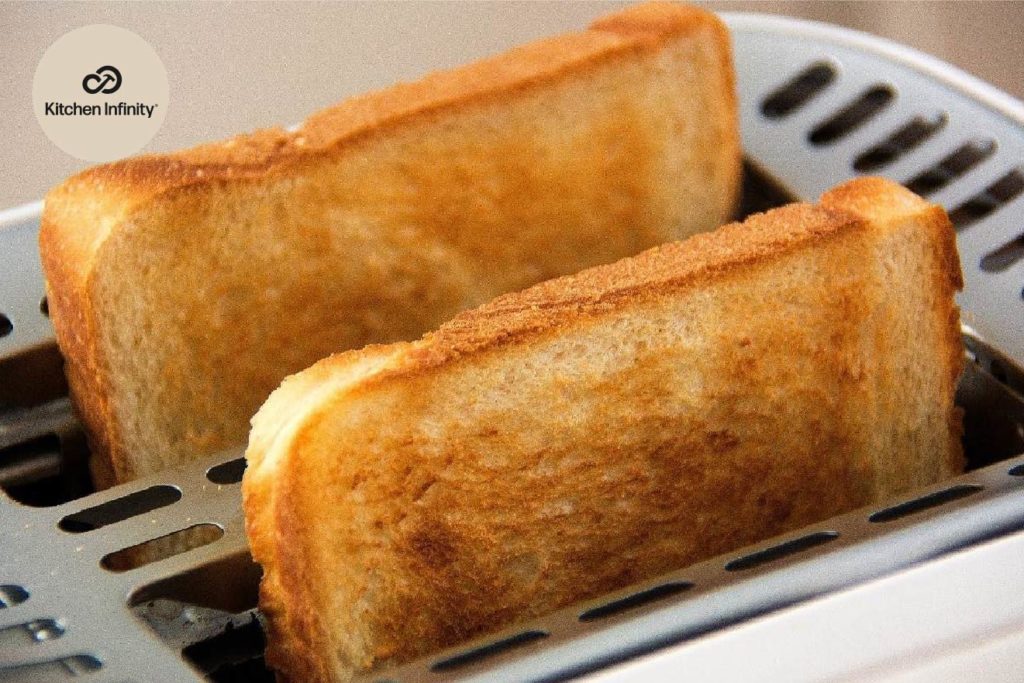 What is the lifespan of a toaster?

The typical lifespan of a toaster is between 6-8 years. The frequency of use and initial quality of the toaster affects how long it lasts. Keeping up with maintenance and cleaning also helps your toaster last longer.

The factors that affect the lifespan of a toaster include:

The cost of a toaster ranges from $20-$400. Smaller, two-slice toasters are on the lower end of the range, whereas larger toasters with more cooking functions may cost even more.

Do toasters affect the flavor of food?

A toaster can affect the flavor of food. Different toasters distribute heat differently, which can lead to differences in the crispness or browning effect of the toast. Choosing a high-quality toaster made with premium materials can help you get an evenly heated flavor. Some toasters also come with pre-set cooking controls to give more consistent toasting.

Can custom meals be made with a toaster?

How does culture affect the usage of toasters?

Toasters are common in cultures around the world that consume a lot of sliced bread. The toaster is especially common in North American countries, like the United States and Canada, and in European countries like Germany and Portugal. It’s estimated that as many as 80% of U.S. households own a toaster.

What are the relevant kitchen tools to a toaster?

The most relevant kitchen tools connected to a toaster include:

What is the primary difference between a toaster and an air fryer?

The primary difference between a toaster vs an air fryer is the quantity of food that you can cook with each appliance type. A toaster can be used to make meals for a large family, whereas an air fryer has a limited capacity and makes smaller meals.

Another difference between a toaster and an air fryer is the method in which each appliance cooks foods. A toaster uses a fan to cook food directly, whereas an air fryer distributes hot air throughout the appliance.

What are the features of a superior toaster?

Here are eight features of the best toasters:

What are the parts of a toaster?

The parts of a toaster include the following:

What is the difference between a toaster and a toaster oven?

The primary difference between a toaster vs a toaster oven is the available cooking methods with each appliance. A toaster toasts slices of bread or bagels, whereas a toaster oven can toast a variety of foods, including potatoes or pizza.

How did the toaster get its name?

The toaster gets its name from its ability to toast or brown items.

What is another word for a toaster?

Another word for a toaster is toaster oven. 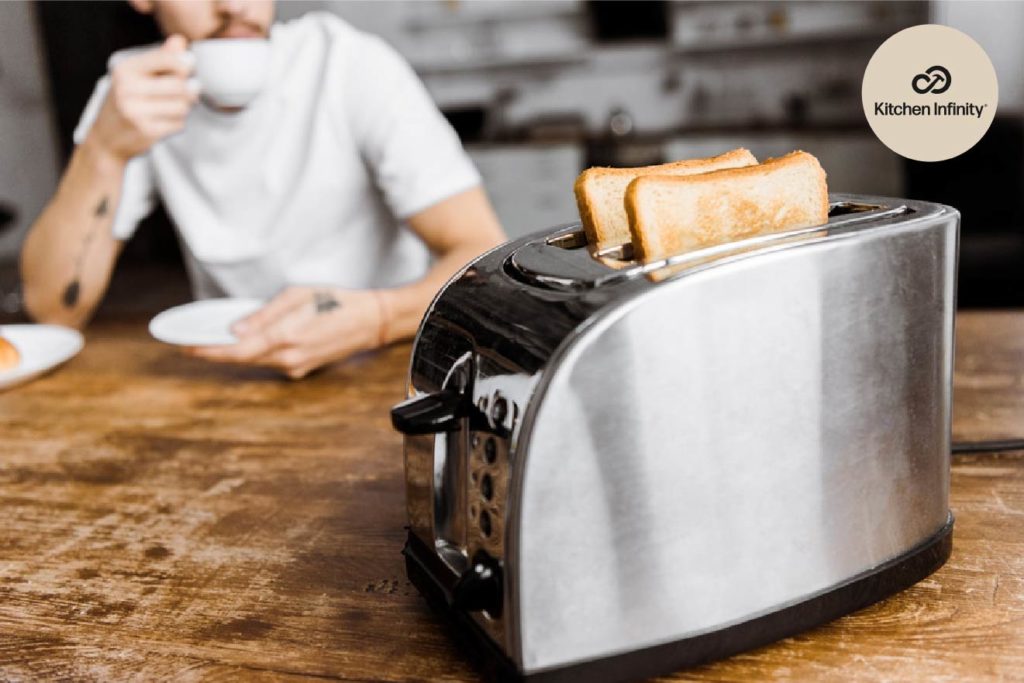 What is the history of the toaster?

The history of the toaster dates back to 1893. Alan MacMasters of Scotland is credited with making the world’s first toaster. This antique toaster was referred to as the Eclipse Toaster and it only toasted one side of the toast and the user had to manually flip the toast over to toast the other side.

It wasn’t until 1906 when the U.S. inventor George Schneider filed for the first patent for a toaster. By 1909, General Electric introduced their first toaster, the D-12 model, which became the first successfully sold commercial toaster. Numerous updates were made over the years, including automatic toasters that flipped the bread and ones that automatically popped up when the toast was done. By 1928, a machine that pre-sliced bread was invented, making the toaster more popular.