How to Use a Toaster | Helpful Toaster Instructions & Directions

Home » Kitchen » Tool » Appliance » What is a Toaster? » How to Use a Toaster 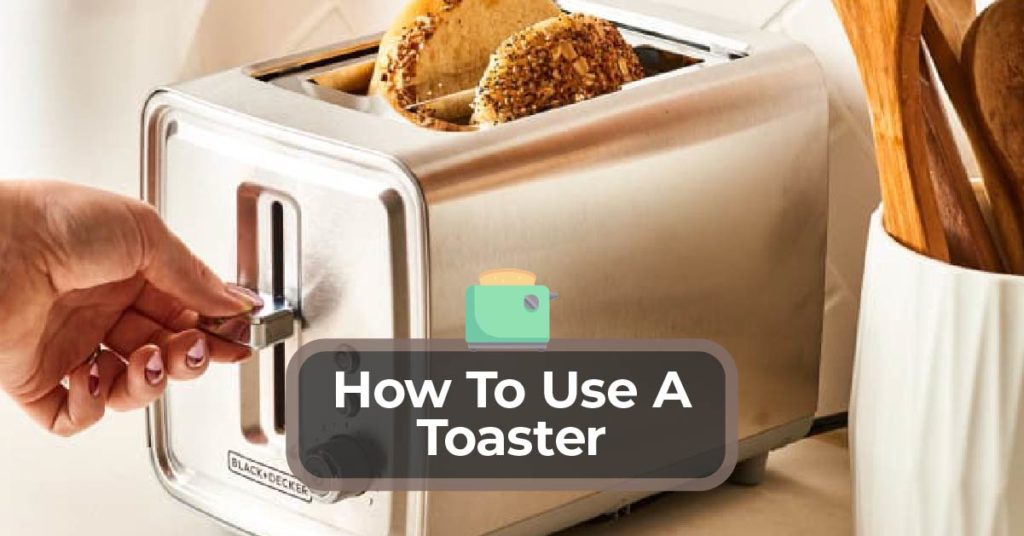 Using a toaster involves the following steps – ensuring the appliance is plugged in, sliding sliced bread into the toaster slots, choosing the desired toast level, turning the toaster on by lowering the lever, and waiting for the process to finish.

Toasters are small kitchen appliances that expose sliced bread to radiant heat, a process that browns, or ‘toasts’, the bread.

If you would like to learn more about how to work a toaster, refer to our detailed toaster usage guide below.

Because the average toaster pulls at most 750 watts, they can be used with any standard GFCI protected kitchen outlet.

The next step is to place sliced bread into the toaster slots. The average pop-up toaster will come with two slots, meaning you can toast up to two slices of bread at once. However, some models come with many more slots, and models with the capacity of up to eight slices can be purchased.

While some people choose to butter their bread before placing it in the toaster, this can create a fire hazard and also ruin the internal components of the toaster.

Most pop-up toasters employ a sliding bar or dial that allows you to change how much heat you want the toaster to give off. These dials typically range from 1 – 5, with 1 being the lowest setting and 5 being the highest.

If you prefer your toast lightly toasted, stick to 1 or 2. If you like your bread heavily toasted with the outside being dark brown or even black, choose 4 or 5.

If you’re unfamiliar with a toaster, or you're trying it out for the first time, better to err on the side of caution and choose a setting slightly lower than what you think is appropriate.

The average pop-up toaster has a vertical lever you must pull down to engage the appliance. Once pulled down, the toaster will begin producing radiant heat, causing the bread to brown and toast.

If you feel your bread is being over-toasted, all pop-up toasters come with a release button, which we pressed, will cause the level to release.

5. Wait For The Process To Finish

At this stage, all that’s left to do is wait for the toasting process to finish. When the process is over, the lever will release on its own, causing the bread to pop up. If the lever releases and the bread doesn’t pop up, you’ll have to use a knife or other utensil to pop it loose.

However, if you do this, always turn the toaster off first. Because toasters use electric energy to produce radiant heat, touching the inside of the toaster with a metal object could result in electrocution.

What You Should Know Before Using A Toaster

What is a toaster? A toaster is a small electrical appliance that uses radiant heat to brown bread. While the most popular type of toaster is a pop-up toaster, several variants do exist.

An example of two other types of popular toasters include toaster ovens and conveyor toasters. While the overall design is different, all types of electric-powered toasters operate on the same principle.

What Are The Stages Of Using A Toaster

Using a toaster can be broken down into 3 main stages:

No, the toaster type doesn’t affect the usage stages. That said, some of the best toasters come with more than two bread slots, allowing you to toast more than 2 slices at a time.

Moreover, toaster ovens and conveyor toasters use a different loading process. Instead of placing the bread into slots, you’ll open a front door and place the bread on a grated platform.

No, using a toaster for pizza is not better than using an air-fryer. While neither option is an ideal choice, pop-up toasted can’t be used to cook pizza. Not only will you have a hard time fitting the pizza into the bread slots, but even if you manage to do so, the cheese will melt and fall into the toaster body.

However, you can cook pizza in a pizza oven, which is a much better option than an air-fryer. If you choose to go this route, make sure you have an appropriate bake sheet.

When it comes to the question of toaster vs. air-fryer for cooking pizza, the air-fryer is the clear winner.

No, using a toaster for french fries is not better than using an oven. Although french fries can be cooked in a toaster, it’s not the best method of doing so. Instead, placing fries on a baking sheet and cooking them in a standard oven is the better option.

Once again, toaster ovens are an exception. Because toaster ovens can be used with a baking sheet, they are ideal for cooking french fries and is one of their main uses. 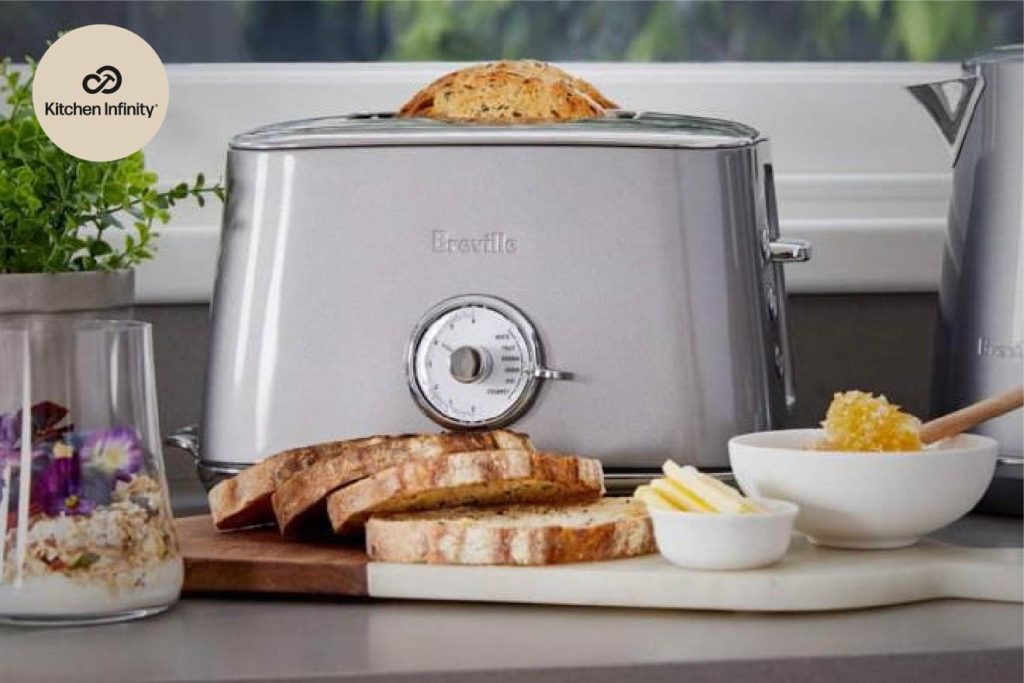 Is A Convection Toaster Better Than An Oven Toaster For Toasting Bagels?

Yes, a convection toaster is better than an oven toaster for toasting bagels. While some people think the two terms refer to the same thing, they are in fact two different appliances.

An oven toaster is a more advanced version of a standard pop-up toaster and comes equipped with additional features like broil and bake. By contrast, a convection oven functions just like a toaster oven but includes a fan. This fan works to circulate heat, resulting in a more even toast.

Of all types of toasters available for toasting bagels, convection ovens work the best.

How to Use A Toaster For Other Uses Besides Toasting Food?

While the uses of a toaster are limited to toasting bread, there are a few other ways they can be used. To learn more about the different ways to use a toaster, refer to the sections below.

How To Use A Toaster As A Microwave

Toasters can not be used as a microwave. Microwaves use electromagnetic radiation to excite water molecules in food, which in turn, causes the food to heat up.

By contrast, toasters use radiant heat, which works in an entirely different way. That said, toaster ovens can be used as an alternative to heating food and many people find them preferable to microwaves.

How To Use A Toaster As A Dehydrator

To use a toaster as a dehydrator, follow these steps:

It’s worth noting that the above only works with toaster ovens and not with standard pop-up toasters.

How To Use A Toaster As A Lighter

You can’t use a toaster as a lighter. While you may be able to light some items on fire using a pop-up toaster, the process can be very dangerous and isn’t recommended. 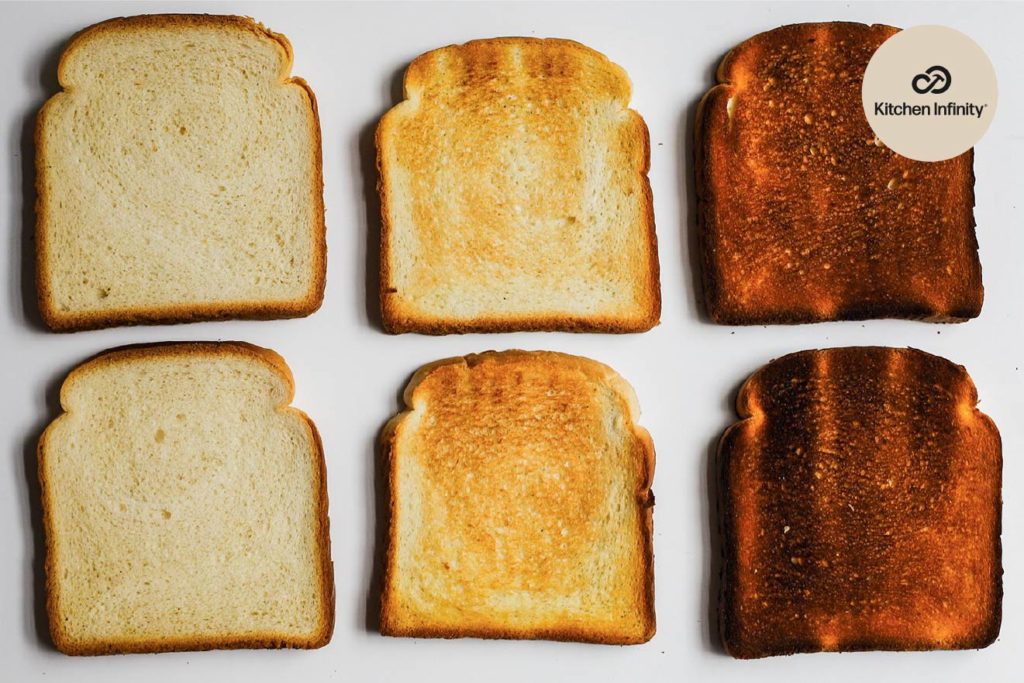