Home » Home Improvement » Plumbing » My Bathroom Smells Like a Sewer: What Causes That And How Do You Fix It?

My Bathroom Smells Like a Sewer: What Causes That And How Do You Fix It? 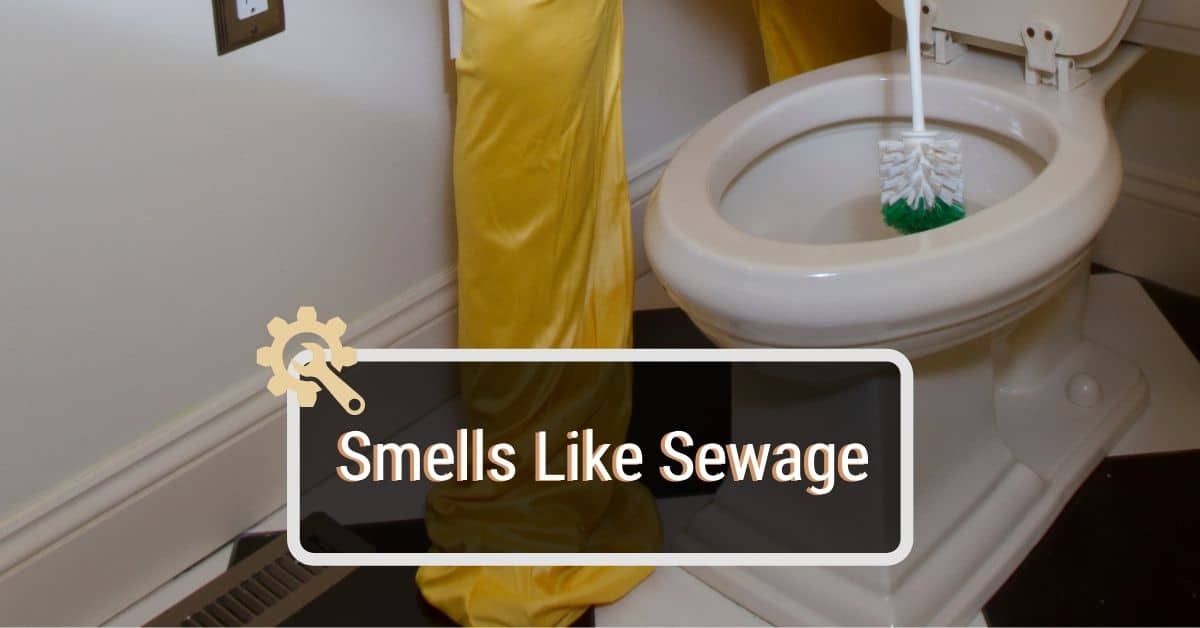 Bathrooms should be a place of relaxation and privacy. The way you decorate or paint your bathroom makes a colossal difference, but what about pungent odors? Nasty smells in a bathroom certainly do not help maintain a relaxing and private atmosphere. For the most part, these are a result of clogged poop and toilet paper. You can learn more about clogged toilets with poop and how to deal with it to eliminate that awful smell. The sewer smell from the toilet could be a result of many other reasons, including mold and bacteria formation, unclean shower drain, dirty vent pipe, etc.

You can also learn more about why your kitchen sink smells like a sewer and how you can eliminate the smell.

How often does one think about plumbing? If you're like most people, probably not much.

When your toilet's running or water isn't draining in the sink, it can be easy to put off calling a plumber until the issue gets worse.

But when plumbing issues start showing in your bathroom and you still haven't called anyone, it may be time to take action.

You could have blocked vent pipes that will need to be unclogged by your plumber as soon as the bathrooms start smelling bad and potentially overflowing with sewage (more on that in the next section).

The first thing to do when something is wrong with any part of your home's plumbing system is to contact a professional plumber for help. They can flush out drain lines while identifying if there are any blockages or leaks present in the piping. You can easily identify problems with your plumbing when flushing your toilet makes the sink gurgle.

Toxic gases can also be found in bathrooms that smell like sewage so make sure to deal with potential plumbing problems as soon as possible. In many cases, a p trap can be causing the smell in the bathroom.

To tackle bathroom smells, try out these tips:

Sewer gas can also come from bathrooms with faulty or broken pipes, as well as when residents flush inappropriate items down the toilet such as feminine hygiene products, diapers, and paper towels (which should be put in a trash bag before disposal). One way of fixing this is to keep those things out of your bathroom.

Speaking of plumbing, a broken seal can also be causing issues. You could replace this broken seal by investing in an air-tight sealable lid for your toilets to prevent sewer gas from coming up through drains.

If your bathroom smells terrible you might need something more permanent like an all-new piping system installed from the street.

If your bathroom has a sewage smell or even a sewer gas smell, it's usually due to a sewer backup. You can easily identify and remove sewer gas smells in your house by either snaking your drain or installing a new trap line and sump pump system.

U-shaped pipes are also often the culprit, so if the bathroom smells like sewage and there's a U-shaped pipe below your house or apartment toilet then you should call an expert to help.

If your bathroom has no U-shaped pipes under it but still has a sewer smell or sewer gases, then use plenty of hot water down each drain after use (and let them flow slowly) as well as keeping hair out of drains.

You can also pour boiling white vinegar down sinks and baths to disinfect them too.

Drain pipes sometimes cause a rotten egg smell due to a clogged pipe, or the pipes are so old they're corroded and leaking gas into the bathroom as water flows through them.

Sewer gases can also come from vents that are too close to bathrooms. This will cause the unpleasant sewer odor that you smell. A sewer inspection might reveal more about drain pipe issues that need to be fixed.

If you do smell sewage outside but it's not near any bathrooms then contact the appropriate authorities who will take care of it. Chances are that this foul odor is affecting many other people as well so taking care of the sewage smell and the resulting sewer gases might be a high priority.

It's not a pleasant experience to visit the bathroom and have your nose greeted with a foul smell of sewer gases. In some cases, a build of poop and toilet paper may be the reason why your toilet is not flushing and why the foul odor is so strong. Other times, it may be due to something else entirely like an animal in the crawlspace that has died and is decomposing.

Here are some tips to try out when it comes to the toilet bowl.

Garbage disposal is also an important topic to consider when it comes to sewer gases and sewer smells in your bathroom. If the garbage disposal smells like sewage, that is usually an indicator of a clog that needs to be addressed

If you have a house that reeks of sewer smell, it's likely because something has gone bad in the area. You can also decrease humidity levels by using a dehumidifier and keep drains clear of hair, soap scum, and other debris with a plumbing snake. This will also prevent stinky bathroom smells from coming back.

Finally, consider the shower drain as also being a potential issue for causing the rotten eggs smell. This cause is something to include in your considerations when trying to solve this problem.

4. Mold and mildew growth in the bathroom

Mold and mildew growth can make you feel like you're living in a sewer. If this is something that's been bothering you for a while, it might be time to take care of it.

Here are some things that could cause mold or mildew growth: too much humidity, dirty surfaces, leaks under sinks, toilet flange issues, and poor ventilation. These all need to be addressed before they get worse and your home begins to reek of sewer gases.

How do you get rid of mold and mildew in the bathroom? You can start by wiping down surfaces with a disinfecting cleaner.

The next step is to change your shower curtain, towels, and other linens every week for at least four weeks or until they no longer smell like mold or mildew. This will kill any spores that are in these items.  Also, check if you have any mold in your shower caulk.

You should also clean any wooden furniture as well as remove all porous materials from around sinks-toilet combos (like clothes hangers).

If there's severe damage under sinks, it might be time to call someone in for professional help. Bathrooms need good ventilation if you want them to stay fresh so make sure yours has enough windows open.

If you want to get rid of the icky smell and you're not sure what's causing it, grab a bottle of hydrogen sulfide. Bathrooms are breeding grounds for bacteria so using bleach or ammonia can make your problem worse by killing off good bacteria too.

Hydrogen sulfide is a disinfectant that will kill bad bacteria without harming good ones-and it won't leave behind any strong odors either.

Mix three parts of water with one part of hydrogen sulfide in a spray bottle (you might need more if the mess is really big) and spritz liberally all over surfaces where the smell seems strongest.

Let dry before replacing porous materials like towels or shower curtains back on hooks. Spray air freshener around while we wait for the sulfide to work its magic.

When your bathroom smells like sewage, it can be a tough situation to deal with. You may be faced with clogged pipes, and water leakage, or you may be struggling to stop your toilet from running even after flushing. You may not have the time or expertise for this type of problem. Don't worry.

You can also try some DIY remedies. Bathrooms are often at the end of a long pipe, so you may need to open up your bathroom windows and let fresh air in for a while before working on odor elimination techniques.

Try using baking soda mixed with water as an effective deodorizer; these two ingredients create a chemical reaction that helps neutralize odors from urine or feces lingering in the pipes.

Other potential things to try are remedies like baking soda mixed with water; this creates a chemical reaction that helps neutralize odors from urine or feces lingering in the pipes.

If this doesn't work, then it's time to call out professionals who have experience tackling sewer smells.

Some professionals work on sewer odors every day and they have all the tools needed to solve your smelly issue. It might be time to consider this solution.

Bottom Line: When Your Bathroom Smells like Sewage Gases

Since your bathroom is a private space, it can be difficult to figure out what's causing the sewage smell.

After all, you don't want other family members coming in and smelling this odor in the main or guest bathroom.

Fortunately, there are plenty of solutions for fixing this problem 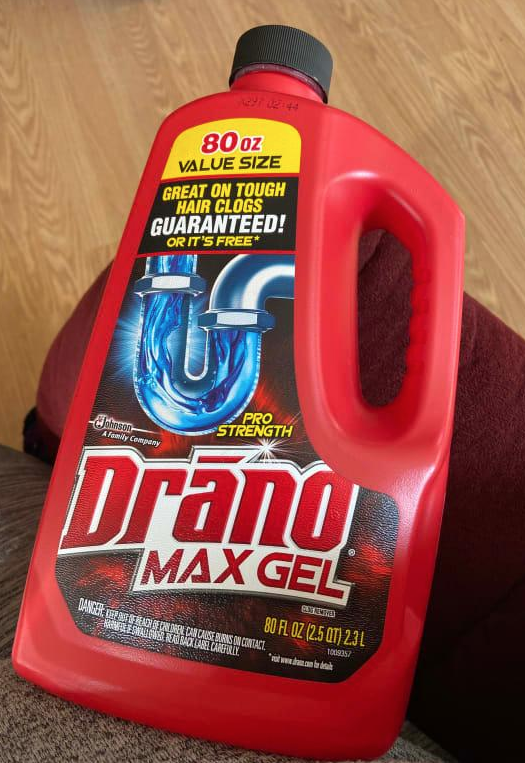 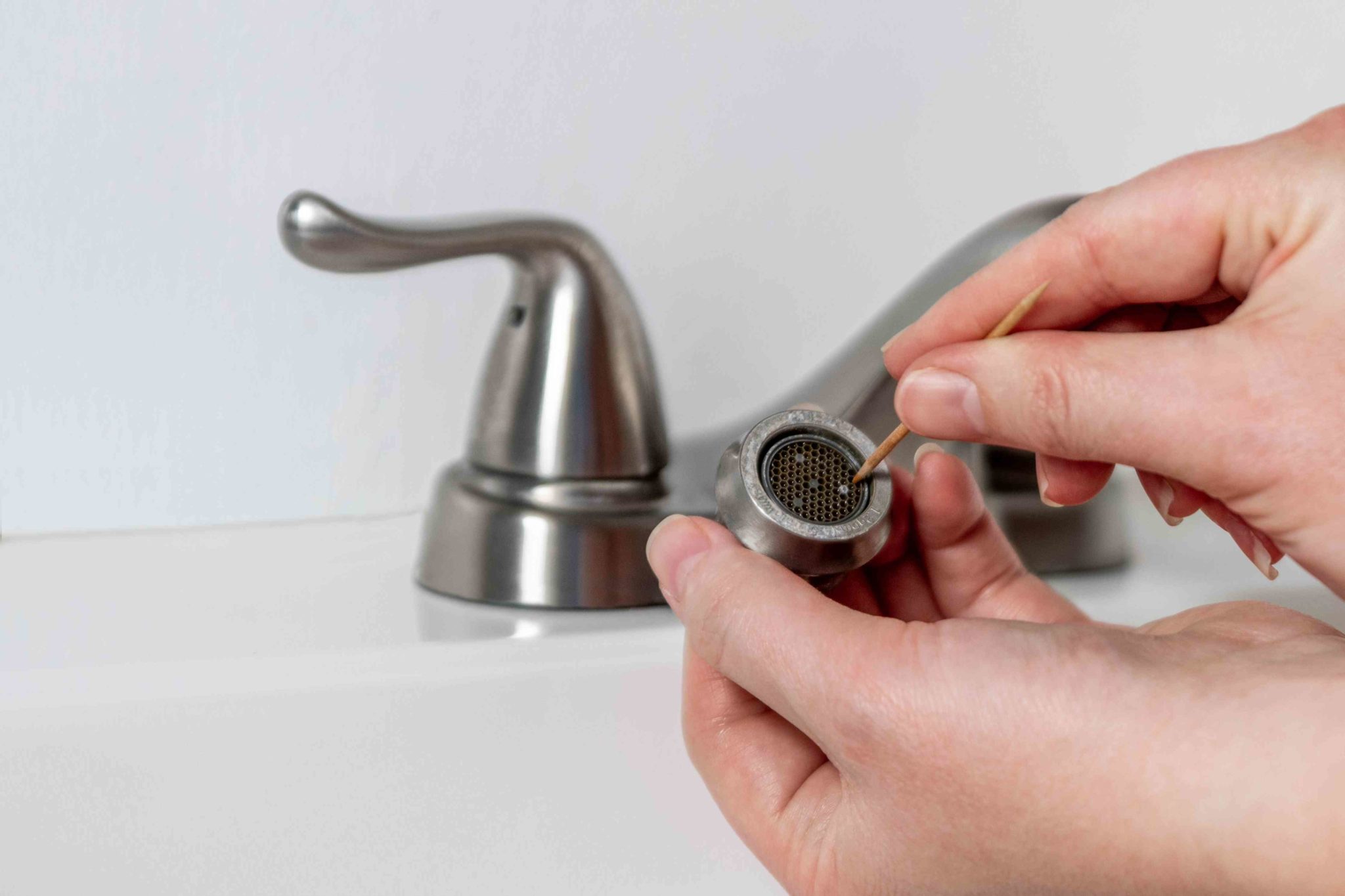 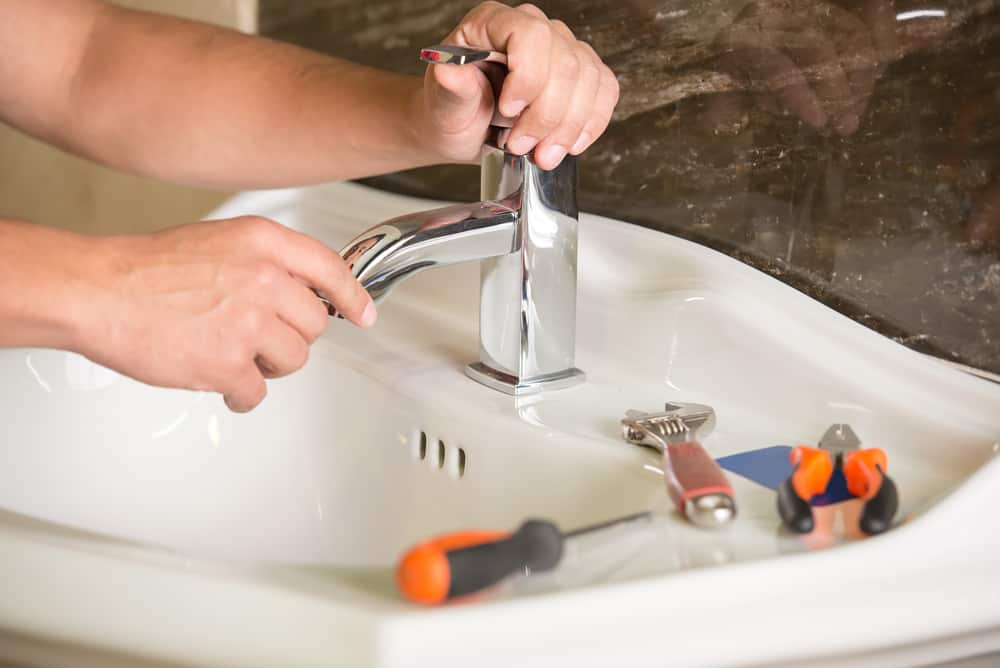 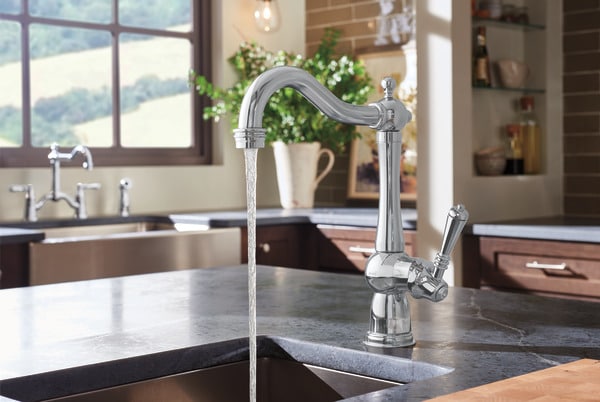 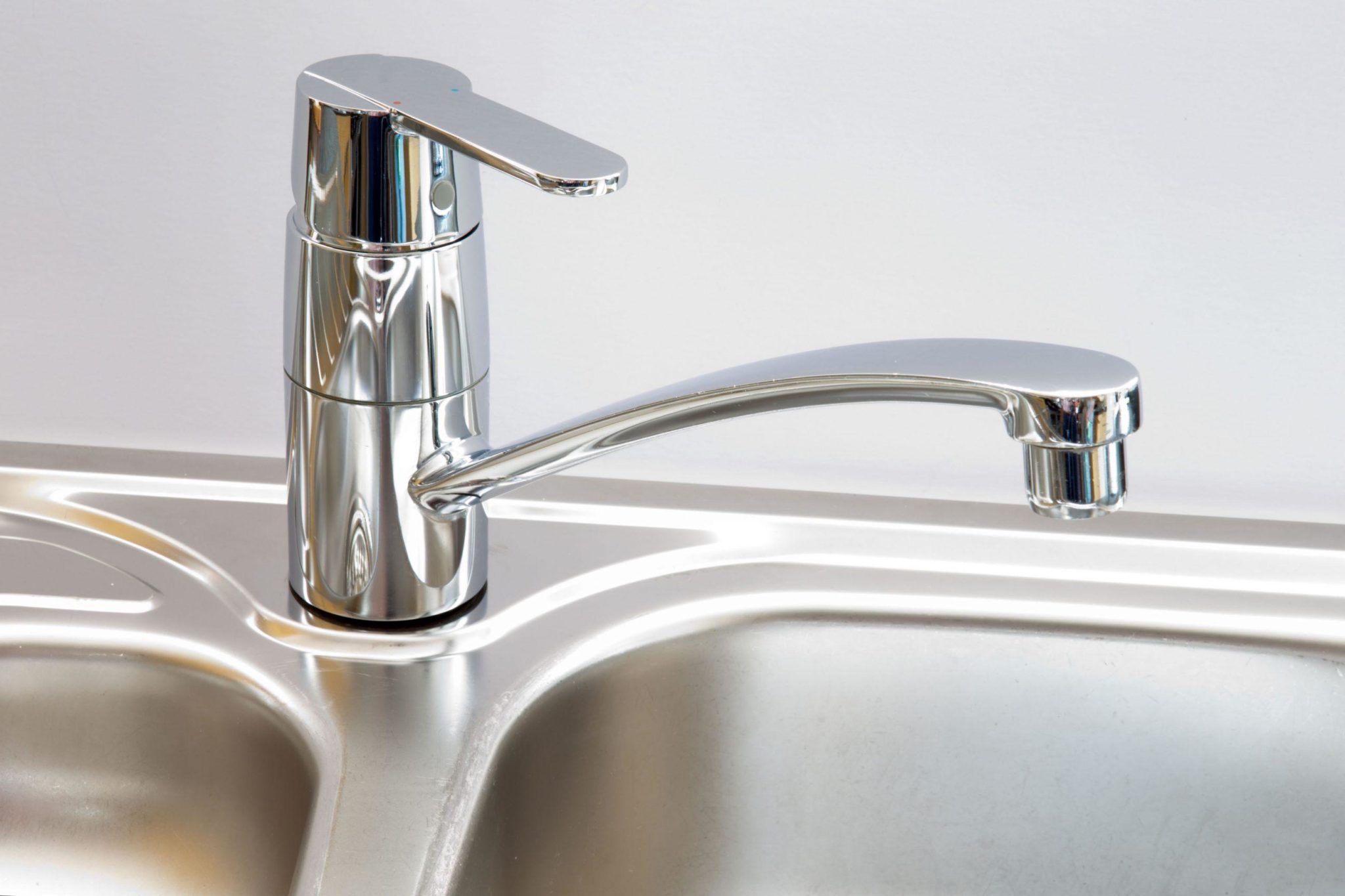 What Brand of Kitchen Faucets are Made in the USA 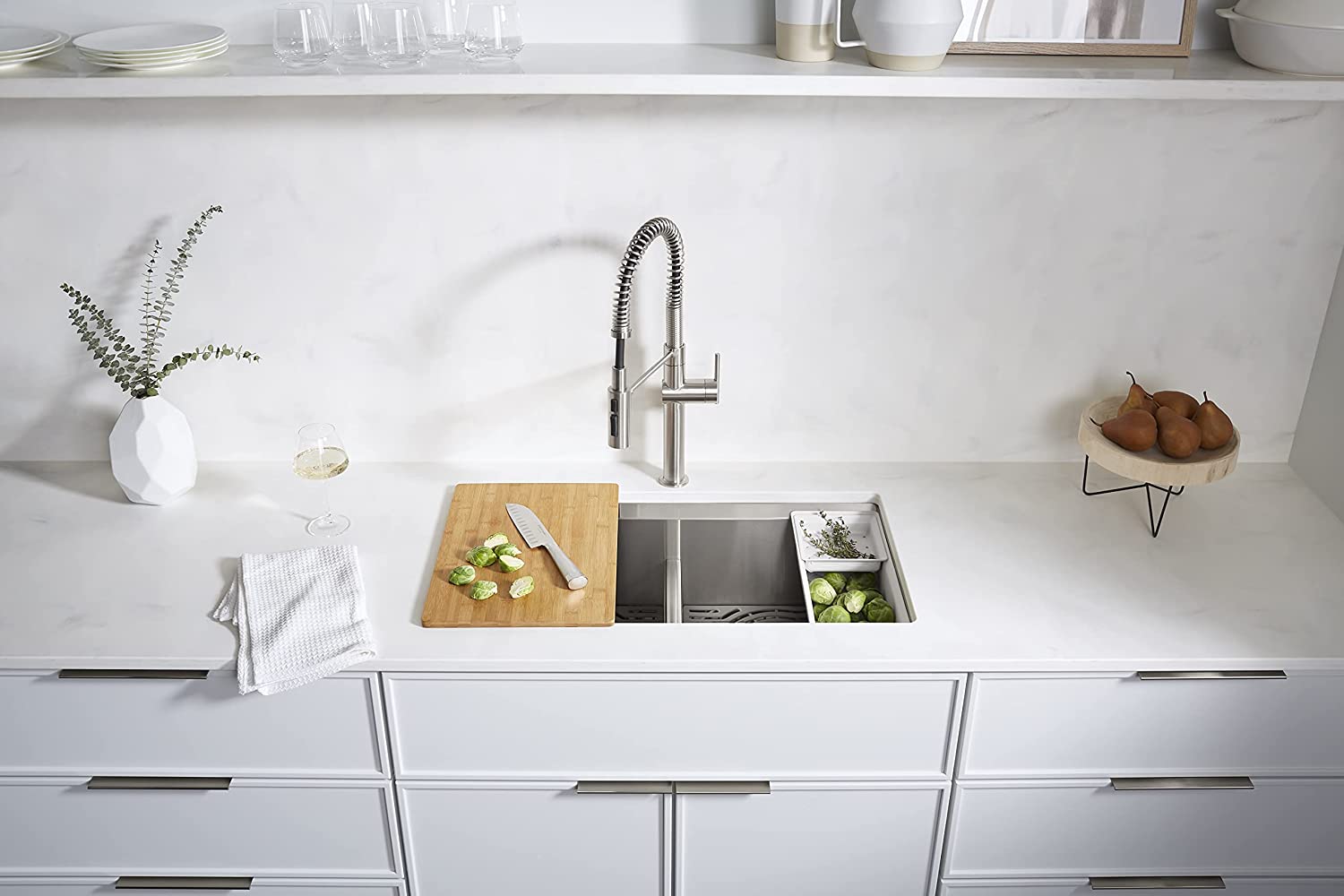 How Long Have Kohler Kitchen Faucets Been Made in China

What Brand of Kitchen Faucets are Made in the USA

How Long Have Kohler Kitchen Faucets Been Made in China